A year af­ter Oc­u­lar re­ceived its first re­jec­tion of the eye ther­a­py based on man­u­fac­tur­ing is­sues, the Bed­ford, MA-based com­pa­ny was hand­ed its sec­ond com­plete re­sponse let­ter af­ter in­spec­tors flagged is­sues dur­ing a pre-NDA in­spec­tion a cou­ple of months ago.

Oc­u­lar shares $OCUL took a nose dive on the news, drop­ping more than 30%.

Oc­u­lar ex­ecs tried to win a re­prieve by fil­ing a re­sponse to the FDA’s man­u­fac­tur­ing con­cerns on Mon­day, the day ahead of the PDU­FA date. They want­ed reg­u­la­tors to flag the re­sponse as a ma­jor amend­ment to their ap­pli­ca­tion and ex­tend the dead­line, but the FDA stiff-armed the biotech with­out even tak­ing a look — ac­cord­ing to Oc­u­lar’s ver­sion of events. 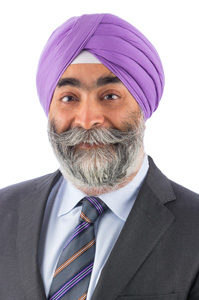 None of that gets an­swered, though, be­fore the com­pa­ny wins a reg­u­la­to­ry green light. And now the biotech, which is part­nered with Re­gen­eron on an ex­tend­ed dos­ing ap­proach for Eylea, will once again have to go back to the draw­ing board over its man­u­fac­tur­ing woes as it preps for a third shot at an OK.

Im­por­tant­ly, there were no clin­i­cal is­sues iden­ti­fied in the CRL per­tain­ing to ef­fi­ca­cy or safe­ty re­lat­ed to the post-sur­gi­cal pain in­di­ca­tion. We be­lieve that DEX­TEN­ZA can be ap­proved once these open man­u­fac­tur­ing items are re­solved.