Phar­ma reps need to bone up on sci­en­tif­ic da­ta and re­al-world ev­i­dence for on­col­o­gy dis­cus­sions: study

That’s ac­cord­ing to Ac­cen­ture’s new study look­ing at on­col­o­gists’ needs through a phar­ma lens. The study comes as FDA ap­proved 16 nov­el can­cer drugs in 2021 – in­clud­ing the first KRAS in­hibitor – along with more than 40 new in­di­ca­tions in on­col­o­gy and hema­tol­ogy. Mean­while, on­col­o­gy tri­als are at record lev­els, up 60% from just five years ago, Ac­cen­ture not­ed in its re­port.

“When I start­ed work­ing as a phar­ma­cist in the in­dus­try 20 years ago, you were just grate­ful you had treat­ments for a col­lec­tive of pa­tients, say in breast can­cer,” An­dré Dahin­den, man­ag­ing di­rec­tor, glob­al pre­ci­sion on­col­o­gy in Ac­cen­ture’s life sci­ence prac­tice, said. 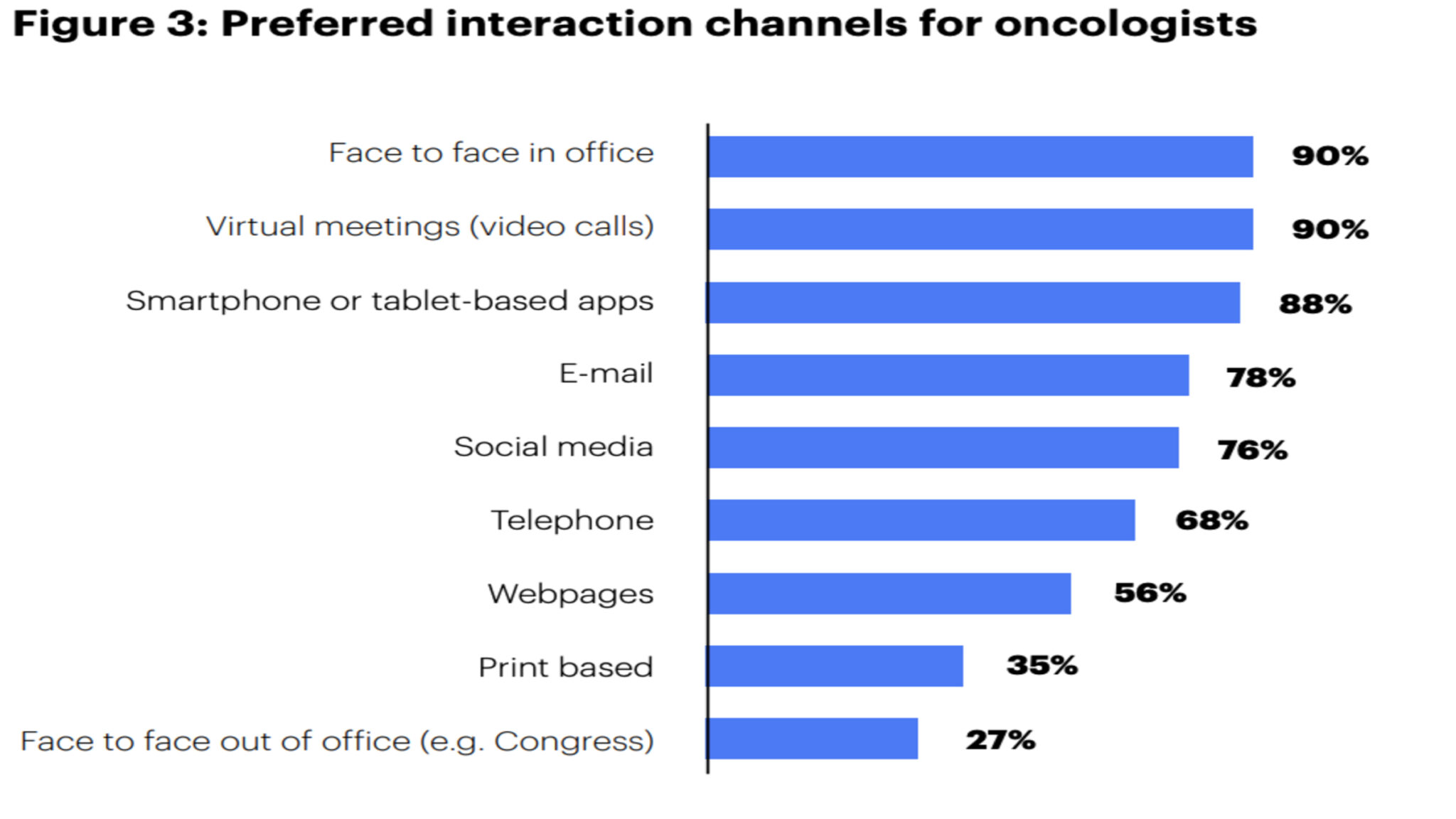 As part of the study, Ac­cen­ture al­so asked on­col­o­gists how they pre­fer to get in­for­ma­tion. The pan­dem­ic pushed com­mu­ni­ca­tions to more dig­i­tal chan­nels and on­col­o­gists are OK with that, but they’d al­so still like to talk to phar­ma rep­re­sen­ta­tives in per­son. Al­though again, they spec­i­fied reps with sci­en­tif­ic knowl­edge and da­ta.

His ad­vice to phar­ma com­pa­nies is no mat­ter how they plan to de­liv­er in­for­ma­tion, they should be work­ing on get­ting up to speed on the sci­ence.

“If you’re not flu­ent in re­al-world ev­i­dence da­ta gen­er­a­tion and dis­cussing and us­ing it, it’s ur­gent to do so. Now. It’s very hard to imag­ine in pre­ci­sion med­i­cine not be­ing qual­i­fied to talk about all the prop­er­ties of what your med­i­cine can do in re­al life,” he said.

Phar­ma reps need to bone up on sci­en­tif­ic da­ta and re­al-world ev­i­dence for on­col­o­gy dis­cus­sions: study