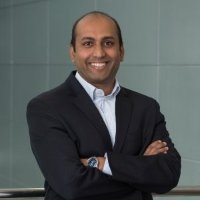 → Lit­tle Arc­turus $ARCT is go­ing through a dra­mat­ic shake­up this month. Short­ly af­ter news that its founder and CEO Joseph Payne was boot­ed from the com­pa­ny (with board mem­bers al­leged­ly con­spir­ing on his ouster), Arc­turus is now los­ing an­oth­er top ex­ec­u­tive. The com­pa­ny’s chief sci­en­tif­ic of­fi­cer and chief op­er­at­ing of­fi­cer Pad Chivuku­la is step­ping down, the com­pa­ny said in a state­ment. That’s in­ter­est­ing, con­sid­er­ing Payne re­cent­ly not­ed that both he and Chivuku­la had been left out of par­tic­i­pa­tion in board dis­cus­sions and votes. Chivuku­la will stay on as sci­en­tif­ic ad­vi­sor to Arc­turus, the com­pa­ny said. The news comes in con­junc­tion with a new state­ment filed with the SEC not­ing that Payne, the ex-CEO, is de­mand­ing an “ex­tra­or­di­nary meet­ing” of the board to vote on an ouster of his own de­sign. In the let­ter, he calls for the boot to four com­pa­ny di­rec­tors — Stu­art Collinson, Craig Wil­lett, Daniel Gef­fken, and David Shapiro — who he says en­gaged in an in­trigue that vi­o­lat­ed the rules es­tab­lished by the Is­raeli laws that gov­ern its op­er­a­tions. Payne is sug­gest­ing four new di­rec­tors take their place, in­clud­ing some of the biggest names in San Diego biotech: Mag­da Mar­quet, Pe­ter Far­rell, An­drew Sas­sine, and James Bar­low. Mar­quet, founder and co-chair of Althea Tech­nolo­gies, is a well-known in­dus­try ex­ec­u­tive who’s a bit of a leg­end in San Diego. And Far­rell, is the founder and for­mer long-term CEO and cur­rent chair­man of ResMed, one of the largest med­ical de­vice com­pa­nies in San Diego.

Secretary of health and human services Alex Azar speaking in the Rose Garden at the White House (Photo: AFP)
September 20, 2020 10:16 AM EDTUpdated 18 hours ago
Pharma

Bausch Health is closing in on a deal that would allow it to buy out all of Allegro Ophthalmics’ eye-related assets — including the rights to lead candidate risuteganib — for $50 million.

Risuteganib is in clinical development for intermediate dry Age-related Macular Degeneration (AMD). It’s expected to enter two concurrent Phase III trials for that indication in the next year. The drug is also being tested in patients with diabetic macular edema (DME), and last year met the primary endpoint in a Phase II study, with 48% of patients gaining 8 or more letters in visual acuity from baseline at week 28, compared to 7% in the control group at week 12.