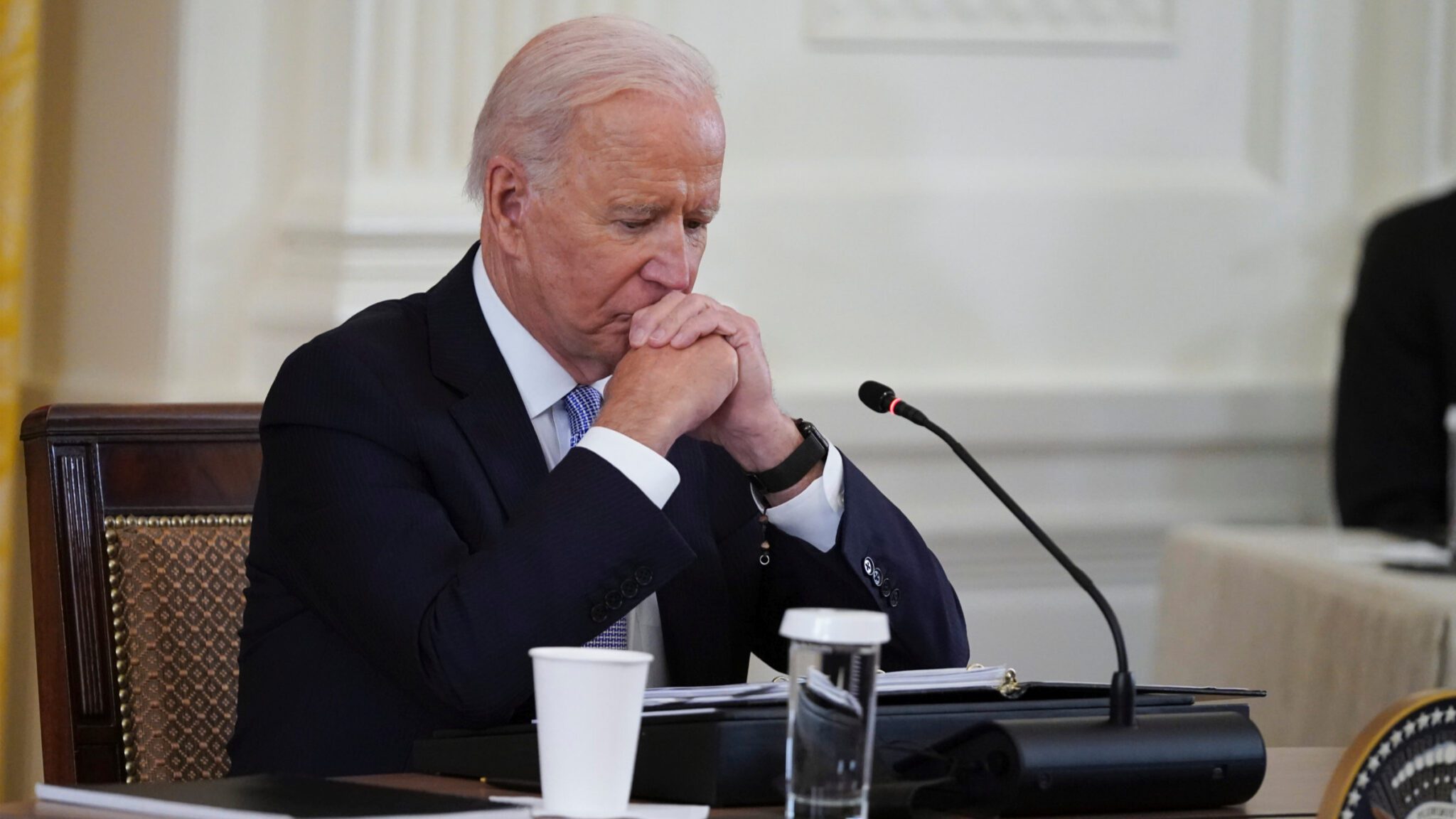 But af­ter that bill died in the Sen­ate, even as Manchin vowed to back such pric­ing re­forms, reach­ing 50 votes to pass a bill un­der rec­on­cil­i­a­tion seemed to be stretch­ing out of reach as the con­gres­sion­al sum­mer re­cess nears and as midterm elec­tions ap­proach.

Now, how­ev­er, Pres­i­dent Joe Biden is sig­nal­ing an 11th-hour push is com­ing around drug prices, with plans to not on­ly al­low Medicare to ne­go­ti­ate, but to make in­sulin af­ford­able too. The House in late March passed a bill to cap in­sulin prices at $35 per month but the Sen­ate has yet to vote on the bill.

“I think we’re go­ing to be able to get a change in Medicare and a re­duc­tion in the cost of in­sulin. In­sulin — if you know any­body who has type 2 di­a­betes or has a child who has it, they need the shots dur­ing the week. It could cost them up to 1,000 bucks a week. And it may not cost more than $35 [to make],” Biden said in com­ments made yes­ter­day near his beach house in Re­hoboth, DE.

It all has to hap­pen by the Au­gust re­cess. And there is still a re­al path to get­ting it done. And every­one keeps say­ing they want to get it done, but it is ab­solute­ly put up or shut up time in terms of low­er­ing drug prices for the De­moc­rats.

House Dems al­so called on the Sen­ate late last month to quick­ly move on a rec­on­cil­i­a­tion bill with these re­forms.

A hand­ful of Sen­ate Dems, like New Jer­sey’s Bob Menen­dez, whose state is home to many in the life sci­ences in­dus­try, have been re­luc­tant to come on board with Medicare ne­go­ti­a­tions as the in­dus­try has made clear that it could come at the cost of new drugs. And one lost Dem means any rec­on­cil­i­a­tion bill will fail.

If these bat­tles near the fin­ish line again, many will be look­ing to the Con­gres­sion­al Bud­get Of­fice for guid­ance. The CBO pre­vi­ous­ly es­ti­mat­ed the Medicare ne­go­ti­a­tions could lead to a 10% re­duc­tion in the num­ber of new drugs over 30 years, al­though it did not es­ti­mate what types of drugs might hit the cut­ting room floor.

Re­gard­less, it’s now or nev­er for Biden and De­moc­rats as some who are hand­i­cap­ping this fall’s elec­tion see the 50-50 Sen­ate shift­ing to Re­pub­li­can con­trol, which like­ly spells the end for Medicare ne­go­ti­a­tions.