Re­gen­eron has made its name on the block­buster suc­cess of eye drug Eylea, but with the ag­ing drug fac­ing a raft of com­peti­tors the drug­mak­er is look­ing for ways to keep its sales pitch fresh. And re­searchers are blaz­ing a fresh trail on that front with new mid-stage da­ta out to­day.

The study is part of Re­gen­eron’s on­go­ing clin­i­cal pro­gram to ex­pand Eylea’s ap­proved dos­ing in­to the 8 mg for­mat, where the drug­mak­er thinks it can dri­ve more durable re­spons­es while keep­ing side ef­fects to a min­i­mum. The drug­mak­er has two Phase III stud­ies look­ing at the 8 mg dose in wet AMD, with ear­ly re­sults ex­pect­ed in the sec­ond half of 2022. 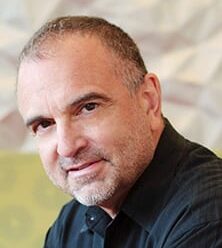 “We are cau­tious­ly op­ti­mistic that these ear­ly da­ta sug­gest that a high­er dose of (Eylea) may po­ten­tial­ly ben­e­fit pa­tients with wet AMD, and we look for­ward to Phase 3 da­ta next year, which will be cru­cial to un­der­stand its over­all ef­fi­ca­cy and safe­ty,” Re­gen­eron CSO George Yan­copou­los said in a state­ment.

An even­tu­al ap­proval for the 8 mg dose will set up Eylea in­to the near fu­ture as a slate of com­peti­tors look to chal­lenge its ma­jor lead in wet AMD. One of those would-be com­peti­tors, No­var­tis’ Beovu, has run in­to a slate of chal­lenges look­ing for an edge.