Two years af­ter Third Rock launched Re­lay Ther­a­peu­tics to ex­plore the drug dis­cov­ery po­ten­tial of watch­ing pro­teins in mo­tion, the Cam­bridge, MA-based biotech is back with a $63 mil­lion round to pay for the next leg of the jour­ney to­ward the clin­ic. 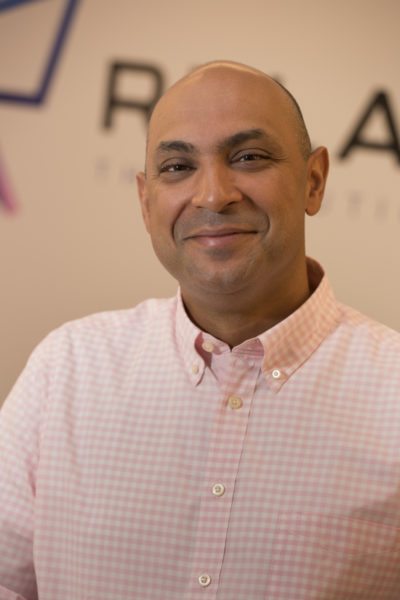 San­jiv Pa­tel joined Re­lay last April from his job as chief strat­e­gy of­fi­cer at Al­ler­gan, tak­ing over from Third Rock part­ner Alex­is Borisy. Now he’s in charge of a group of 43 staffers in­volved in some­thing he feels is com­plete­ly unique.

The big idea at Re­lay is that us­ing new tech to watch how pro­teins per­form in mo­tion, rather than us­ing the still shots that have dom­i­nat­ed re­search in the field, they’ll be able to come up with a whole new class of ther­a­pies.

“Cre­at­ing huge da­ta sets us­ing com­put­er pow­er al­lows us to vi­su­al­ize the mo­tion,” Pa­tel tells me. And what do they see?

“It’s very much like a trans­former,” he says, twist­ing and turn­ing and chang­ing shapes — which he sees as the fourth di­men­sion of pro­tein re­al­i­ty that in­forms their work.

Re­lay is fo­cus­ing its in-house work on on­col­o­gy, but it’s the kind of plat­form that can be turned in many dif­fer­ent di­rec­tions. Strate­gic part­ners can help there, the CEO says, while the biotech al­so looks for part­ners to sign on for ear­ly-stage work in the can­cer field.