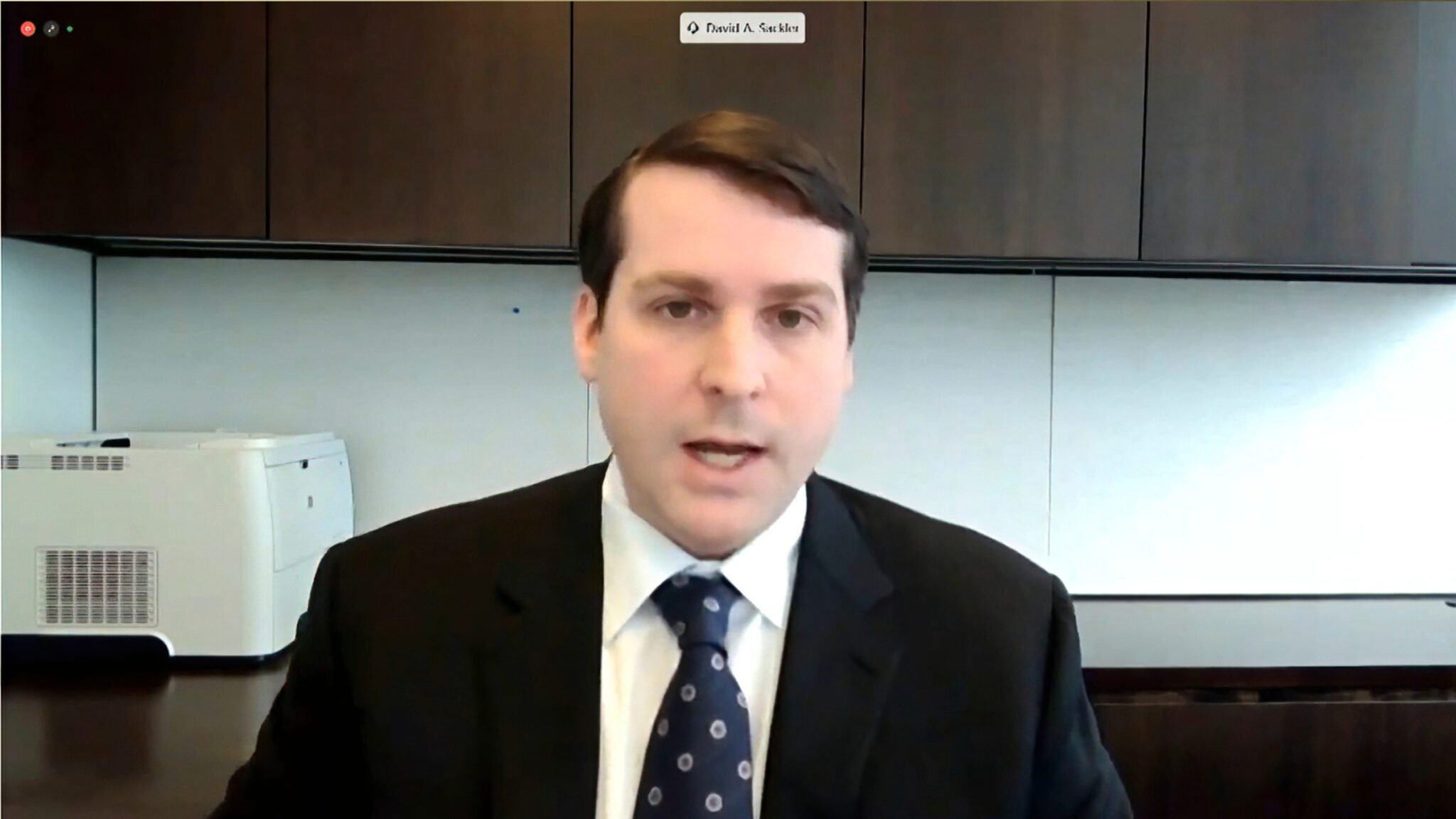 David Sackler testifies via video to a House Oversight Committee hearing (House Television via AP)
August 18, 2021 10:27 AM EDTUpdated 10:38 AM
Pharma

Pur­due Phar­ma has been ne­go­ti­at­ing with the gov­ern­ment for months over how much it should owe for its role in the opi­oid cri­sis, in a plan that’s seen the com­pa­ny de­clare bank­rupt­cy and plead guilty to three crim­i­nal charges.

But the wealthy Sack­lers who own Pur­due are now re­port­ed­ly threat­en­ing to walk away from the deal should a broad le­gal shield pro­tect­ing the fam­i­ly be dropped.

“We need a re­lease that is suf­fi­cient to get our goals ac­com­plished, and if the re­lease fails to do that, then we will not sup­port it,” Sack­ler re­port­ed­ly said dur­ing the fourth day of tes­ti­mo­ny. Sack­ler said should the fam­i­ly fol­low through on its threat, all cas­es would be fought “to their fi­nal out­comes.”

The Sack­lers had pledged to com­mit $4.5 bil­lion to be paid out over nine to 10 years, in a set­tle­ment deal that would see Pur­due Phar­ma turn in­to a pub­lic ben­e­fits com­pa­ny ded­i­cat­ed to fight­ing the opi­oid cri­sis. Sack­ler fam­i­ly mem­bers would al­so give up all own­er­ship of Pur­due but be al­lowed to re­tain in­volve­ment in their oth­er phar­ma en­ter­pris­es for up to sev­en years, when they’d be sold to help fund lit­i­ga­tion pay­ments.

At first, the plan called for about $10 bil­lion in pay­ments to set­tle the suits, but that num­ber was re­vised down­ward in No­vem­ber 2020 to $8.3 bil­lion when Pur­due plead­ed guilty to ob­struct­ing the DEA’s ef­forts to com­bat the cri­sis, fail­ing to pre­vent the painkillers from end­ing up on the black mar­ket and en­cour­ag­ing doc­tors to write more painkiller pre­scrip­tions. Pur­due plead­ed guilty to more charges last month over mis­lead­ing the fed­er­al gov­ern­ment about its mar­ket­ing prac­tices.