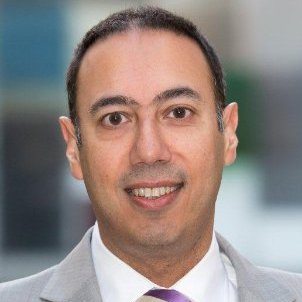 Three months af­ter No­var­tis de­clared its big biotech ex­per­i­ment in cell ther­a­pies ka­put and dis­solved the 400-per­son unit, its for­mer chief has now jumped ship to run a cell ther­a­py up­start which he is al­ready in­ti­mate­ly fa­mil­iar with.

Us­man ‘Oz’ Azam has tak­en the helm of Tmu­ni­ty Ther­a­peu­tics in Philadel­phia, which was found­ed by one of Penn’s star sci­en­tists, Carl June, with an eye to de­vel­op­ing new, cu­ra­tive cell ther­a­pies. It launched in Jan­u­ary with $10 mil­lion in back­ing from Penn Med­i­cine, the aca­d­e­m­ic med­ical cen­ter of the Uni­ver­si­ty of Penn­syl­va­nia, and Lil­ly Asia Ven­tures.

Azam gained a high pro­file in the Cell & Gene Ther­a­pies Unit at No­var­tis, right up un­til the phar­ma gi­ant stunned vir­tu­al­ly every­one in the field with its de­ci­sion to shut­ter the op­er­a­tion, just months ahead of its first planned CAR-T fil­ing. About 120 peo­ple were ter­mi­nat­ed and No­var­tis said at the time that Azam was leav­ing the phar­ma gi­ant.

The first CAR-Ts have demon­strat­ed some clear promise, but are al­so af­flict­ed by se­vere safe­ty is­sues and lim­i­ta­tions to their use in sol­id tu­mors. Tmu­ni­ty is part of a sec­ond wave of star­tups that will be chal­leng­ing No­var­tis, Kite and Juno with new and bet­ter tech­nolo­gies that ex­pect to im­prove safe­ty and ex­pand ef­fi­ca­cy to new pa­tient groups and new dis­eases out­side of on­col­o­gy.

“I have had the op­por­tu­ni­ty to pur­sue the de­vel­op­ment of nov­el drugs and bi­o­log­ics for near­ly 20 years but I have nev­er been more ex­cit­ed about the po­ten­tial we have at Tmu­ni­ty to make a sig­nif­i­cant con­tri­bu­tion to the treat­ment of can­cer, HIV, and au­toim­mune dis­ease by de­liv­er­ing the promise of T cell med­i­cine,” said Azam. “To do so, we are cre­at­ing a busi­ness mod­el that rapid­ly and seam­less­ly in­te­grates re­search, trans­la­tion­al med­i­cine, man­u­fac­tur­ing sci­ence, qual­i­ty by de­sign, clin­i­cal de­vel­op­ment, and cus­tomer cen­tric ap­proach­es to fos­ter fur­ther suc­cess­ful com­mer­cial adop­tion of cell and gene ther­a­pies.”