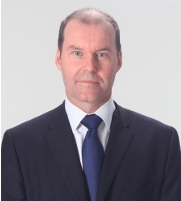 Take­da is get­ting a big bonus from the FDA to­day for its $5.2 bil­lion buy­out of Ari­ad. The phar­ma com­pa­ny ac­quired the late-stage can­cer drug briga­tinib in the ac­qui­si­tion back in Jan­u­ary, and now the FDA has ap­proved it for ALK-pos­i­tive cas­es of non-small cell lung can­cer.

As is com­mon these days, the FDA arranged a quick OK based on the lat­est study of two dos­es of the drug, al­so tagged as a break­through ther­a­py, with­out a com­par­i­son arm. It is ap­proved for pa­tients who have failed on Pfiz­er’s Xalko­ri.

They key to its longterm suc­cess, though, like­ly lies in an on­go­ing Phase III study of the drug in first-line pa­tients, dubbed AL­TA 1L, in a head-to-head against Xalko­ri. That study launched a year ago.

In ear­ly De­cem­ber Ari­ad re­port­ed that at a fol­low-up of 11-months, the drug demon­strat­ed a pro­gres­sion-free sur­vival rate of 15.6 months with a 55% con­firmed ob­jec­tive re­sponse rate for non-small cell lung can­cer pa­tients tak­ing the 180 mg dose briga­tinib.

The suc­cess to­day marks a big plus for Take­da CEO Christophe We­ber, who raised eye­brows for pay­ing a sig­nif­i­cant pre­mi­um for Ari­ad, which al­so net­ted the mar­ket­ed drug Iclusig. We­ber and R&D chief Andy Plump have been rip­ping up the old R&D struc­ture over the past year. And they cut 180 of the 300 Ari­ad staffers in the last two months — though some may have wound up with jobs at PRA.