The new com­pa­ny, Tr­ishu­la Ther­a­peu­tics, is de­signed to fur­ther progress and fo­cus on the ex­ist­ing TTX-030 col­lab­o­ra­tion that Tizona had signed with Ab­b­Vie back in ear­ly 2019. Cur­rent­ly, the can­di­date is be­ing stud­ied in Phase I/Ib tri­als, both by it­self and in com­bi­na­tion with an an­ti-PD-1 agent and stan­dard chemother­a­py, in adults with ad­vanced can­cers.

Tizona CEO Scott Clarke will join Tr­ishu­la’s board and serve as in­ter­im CEO for the nascent biotech.

Dyne sub­mit­ted IPO fil­ings with the SEC late Tues­day night, of­fer­ing a pre­lim­i­nary es­ti­mate of a $100 mil­lion raise. The move is the lat­est in a se­ries of quick jumps from Dyne, which less than 18 months ago came out of stealth with a $50 mil­lion launch round backed by At­las.

There have al­ready been four dozen biotech IPOs so far in 2020, a num­ber that has sur­passed the to­tal from all of last year. 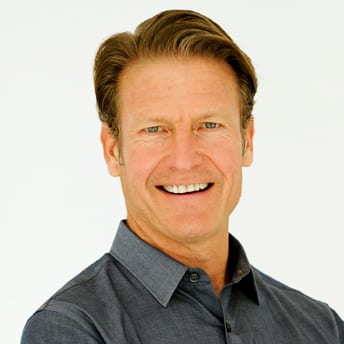 Re­Vi­ral is striv­ing to be the leader in a chal­leng­ing field that’s blown up projects at Re­gen­eron and J&J. But RSV, which re­mains a se­ri­ous threat to high-risk groups with com­pro­mised im­mune sys­tems such as in­fants and the el­der­ly, con­tin­ue to draw in­vest­ment in both ther­a­peu­tic and vac­cine spaces. — Am­ber Tong

Presentations at the European Hematology Association began Friday, with Autolus Therapeutics revealing data they say continue to show the benefit of their CAR-T program.

The Autolus program, known as 0be-cel, achieved a 100% complete remission rate in a cohort of indolent B Cell Non-Hodgkin lymphoma patients, with all nine treated patients hitting the mark as of the May 17 cutoff. Another three patients are still awaiting treatment, while a fourth enrolled individual died due to a Covid-19 infection.

After a February Phase II win put Verona’s bad memories of a 2019 flop behind them, the company is now engaging in partnerships to ship out the experimental drug should it continue to produce positive results in Phase III.

Verona is teaming up with Nuance Pharma on a $219 million collaboration to commercialize ensifentrine in China, Macau Hong Kong and Taiwan, the companies announced Thursday. The deal includes $25 million in upfront cash and a $15 million equity stake in Nuance Biotech, the parent company of Nuance Pharma. Verona is eligible for up to $179 million in milestones.