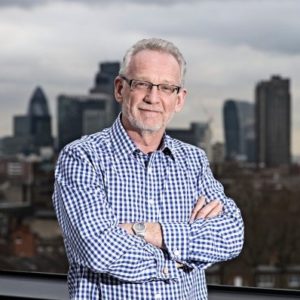 Lon­don-based Biotec­nol has struck a deal with Can­cer Re­search UK to move its lead im­mune-on­col­o­gy drug in­to an open-la­bel Phase I test. The pact lends the biotech CRUK’s help in see­ing whether its an­ti­body drug Tb535H works as planned: bind­ing to a tar­get anti­gen and then whip­ping up an im­mune re­sponse to at­tack can­cer cells.

The drug strat­e­gy is sim­ple. Their an­ti­body is de­signed to latch on to a pro­tein: the 5T4/WAIF1 tu­mor anti­gen. That in turn is sup­posed to flag an as­sault by CD8-pos­i­tive T cells, the kind of pri­ma­ry im­mune tac­tic that has been dri­ving a wide range of de­vel­op­ment projects in the can­cer field.

CRUK is a nat­ur­al for the col­lab­o­ra­tion, as its sci­en­tists take cred­it for the dis­cov­ery of the WAIF1 anti­gen, which ap­par­ent­ly plays a role in a range of sol­id tu­mors like lung can­cer and tho­racic can­cers.

“It’s huge­ly ex­cit­ing to be able to ac­cel­er­ate the de­vel­op­ment of a drug that could change out­comes for pa­tients with many dif­fer­ent types of can­cer,” not­ed CRUK de­vel­op­ment di­rec­tor Nigel Black­burn. “In par­tic­u­lar we ur­gent­ly need new ways to im­prove treat­ment for lung can­cer, which caus­es more than one in five of all can­cer deaths in the UK.”