Ver­tex shares shoot up, adding $8B in mar­ket cap af­ter cys­tic fi­bro­sis triples 'knocked it out of the park'

Ver­tex came out of the chute af­ter the mar­ket closed on Tues­day boast­ing about the ef­fi­ca­cy da­ta their re­searchers are see­ing in a range of three Phase I and II stud­ies for its new triple com­bos for cys­tic fi­bro­sis. The da­ta are still ear­ly but clear­ly bode well for Ver­tex, which is work­ing hard to cast a far wider net among cys­tic fi­bro­sis pa­tients who have achieved mod­est but sig­nif­i­cant gains with their lead drug Ka­ly­de­co, which has won a sharp kick­back from pay­ers over its hefty price.

One pos­si­ble fly in the oint­ment to­day: Two pa­tients ex­pe­ri­enced a spike in liv­er en­zymes, though that re­solved af­ter they stopped ther­a­py. And that didn’t slow a mar­ket ral­ly in af­ter-hours trad­ing, with shares $VRTX soar­ing 26% on the care­ful­ly pack­aged news, adding $8 bil­lion to its mar­ket cap.

For a biotech that start­ed Tues­day with a mar­ket cap of $32 bil­lion, that’s a clean hit. 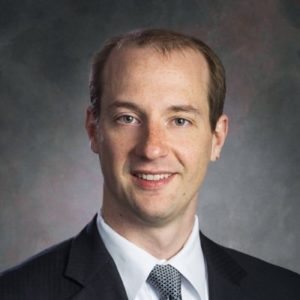 For the triple us­ing VX-659, teza­caftor and iva­caftor in peo­ple with one F508del mu­ta­tion and one min­i­mal func­tion mu­ta­tion, the triple demon­strat­ed a 9.6% im­prove­ment in FEV1 in a Phase I study.

An­a­lysts of a va­ri­ety of stripes were clear­ly wowed by the da­ta. The clap­ping got start­ed quick­ly the minute the com­pa­ny’s re­lease hit the wires. Ver­tex has at­tract­ed plen­ty of buy­out talk with its suc­cess in CF, and the fo­cus now is on bil­lions of dol­lars in po­ten­tial new rev­enue – pro­vid­ed the da­ta con­tin­ue to break its way with­out any spoil­ers from ri­vals in the field. 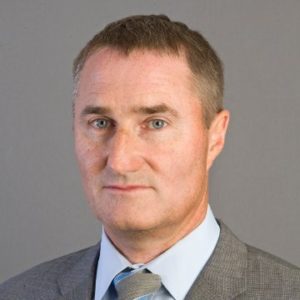 VRTX showed all three dif­fer­ent triple pill com­bos worked in het-min CF pa­tients – ex­pand­ing the mar­ket and sug­gest­ing peak sales for VRTX go­ing from $2-4B to­wards $4-6B and set to be pre­mier growth sto­ry in large cap biotech now.

Ver­tex has been work­ing on four of what it de­scribes as next-gen cor­rec­tors, look­ing for the best to move ahead first. To­day Ver­tex said that it has a VX-445 Phase II study un­der­way, with a VX-659 Phase II set to be­gin in ear­ly Au­gust. VX-445 and VX-659 will be eval­u­at­ed in triple com­bi­na­tion with teza­caftor and iva­caftor in peo­ple with one F508del mu­ta­tion and one min­i­mal func­tion mu­ta­tion and will be eval­u­at­ed in peo­ple with two copies of the F508del mu­ta­tion who are al­ready re­ceiv­ing teza­caftor and iva­caftor. Da­ta from both Phase II stud­ies are ex­pect­ed in ear­ly 2018.

Ver­tex shares shoot up, adding $8B in mar­ket cap af­ter cys­tic fi­bro­sis triples 'knocked it out of the park'