In par­tic­u­lar, he em­pha­sized his be­lief in tau as a po­ten­tial tar­get — even though go­suranemab, the lead an­ti-tau an­ti­body, had just failed a Phase II study. 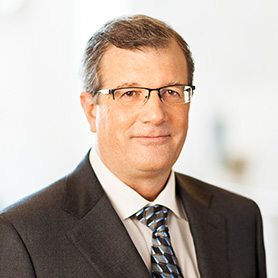 In pa­tients re­ceiv­ing BI­IB080, there were dose-de­pen­dent de­creas­es in the con­cen­tra­tion of to­tal-tau in CSF eight weeks post-last dose (Day 141) with a mean per­cent­age re­duc­tion of 30 per­cent, 40 per­cent and 49 per­cent in the low, medi­um and high dose groups treat­ed every four-weeks, re­spec­tive­ly, and 42 per­cent in the group treat­ed every 12 weeks.

Al­though tau has wide­ly been con­sid­ered the next most promis­ing tar­get af­ter be­ta amy­loid, no drug­mak­er has been able to prove it as such in clin­i­cal tri­als. On the con­trary, oth­er Big Phar­ma play­ers have con­ced­ed fail­ures and scrapped pro­grams.

And as the com­pa­ny has learned with Aduhelm, the FDA is more than will­ing to ap­prove an Alzheimer’s drug based on a bio­mark­er, no mat­ter how con­tro­ver­sial, on a hodge­podge of mixed clin­i­cal ev­i­dence. The amy­loid prece­dent, which reg­u­la­tors have sig­naled could ap­ply to oth­er de­vel­op­ers, could well have im­pli­ca­tions for tau too.

Frank Ben­nett, Io­n­is’ CSO and fran­chise leader for neu­ro­log­i­cal pro­grams, went as far as to bet on tau as a “root cause” of Alzheimer’s.

“Bio­gen is en­cour­aged by the re­sults of this tri­al, and we look for­ward to our con­tin­ued re­search in fu­ture clin­i­cal stud­ies with this promis­ing in­ves­ti­ga­tion­al as­set,” San­drock said in a state­ment.