Af­ter set­ting up one biotech com­pa­ny with a drug plucked from the shelves of big phar­ma, the same team is do­ing it again. 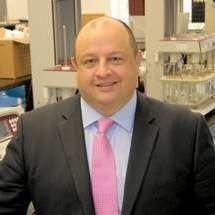 Proven­tion Bio is run by three key ex­ecs: CEO Ash­leigh Palmer, CMO Eleanor Ramos and sci­en­tif­ic co-founder Fran­cis­co Leon. Palmer and Leon had al­ready set up Ce­lim­mune, which is de­vot­ed to ad­vanc­ing a new drug for Celi­ac dis­ease, which they got from Am­gen. And Leon, a for­mer re­searcher at J&J, has di­rect ex­pe­ri­ence with the two drugs they’re pick­ing up from J&J for their new com­pa­ny.

But Leon be­lieves there’s a “good chance of repo­si­tion­ing (PRV-6527) in IBD; there’s no oral drug for mod­er­ate and se­vere Crohn’s.” And he can count on what re­searchers learned from Ste­lara as well as hu­man and an­i­mal da­ta to pro­vide enough en­cour­age­ment to back up the move back to the clin­ic.

The mod­el that Proven­tion is fol­low­ing strikes a fa­mil­iar cord. A whole new wave of com­pa­nies is be­ing cre­at­ed from the dis­cards at Big Phar­ma. Vivek Ra­maswamy has turned it in­to an art form at Roivant, which has been rais­ing big mon­ey to back more of these deals, while Bio­haven was able to jump from ear­ly-stage re­search straight to late-stage by ex­e­cut­ing a deal with Bris­tol-My­ers Squibb — al­low­ing them to pull off a quick IPO.

In their ear­li­er re­lease on the fundrais­ing, which in­clud­ed $6 mil­lion from J&J, $19 mil­lion from high net worth in­di­vid­u­als and $3 mil­lion from the JDRF, the group men­tioned they were look­ing to an IPO next year to pro­vide con­tin­ued fund­ing. But when I talked to Palmer ahead of to­day’s an­nounce­ment, he said they’re fo­cus­ing on these two as­sets — plus an en­terovirus vac­cine they got in ear­ly — and will de­cide next steps on fi­nanc­ing af­ter they see some hard da­ta.

Proven­tion won’t be spend­ing a ton of mon­ey on salaries or of­fices. The three key ex­ecs are part of a 6-mem­ber vir­tu­al team, which won’t get much big­ger, says Palmer. Not on­ly is the team small, but they’re scat­tered around the coun­try, meet­ing in the vir­tu­al of­fice as they use con­trac­tors on man­u­fac­tur­ing and re­search.

“I’ve been de­vel­op­ing drugs for 20 years,” says Ramos. “The cost of drug de­vel­op­ment is sky­rock­et­ing.” But the Proven­tion team be­lieves they can pull off two small, blend­ed Phase I/II stud­ies that can tell them if they’re on the right track.

Then they can make their go/no go de­ci­sion.

Right now, the light is green.