Viking Ther­a­peu­tics $VK­TX has proven once again that noth­ing whips up biotech in­vestors like pos­i­tive Phase II num­bers for NASH.

The San Diego-based biotech’s shares rock­et­ed up more than 100% Tues­day morn­ing on Viking’s boast that VK2809 slashed liv­er fat con­tent — a bio­mark­er for the dis­ease — while de­liv­er­ing a drop of 20% or more in LDL in the mid-stage study. 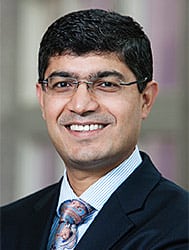 That looks good rel­a­tive to the pack chas­ing a big ap­proval for NASH, a block­buster sized mar­ket, notes Yee. But he al­so ad­vis­es a lit­tle cau­tion be­fore the street los­es its head. The caveats: This is a 45-per­son Phase II, of­fer­ing lit­tle more than a snap­shot of the da­ta to come. Yee adds that he be­lieves that the biotech will need to run an­oth­er Phase II be­fore they move in­to a late-stage piv­otal, and that puts any po­ten­tial mar­ket­ing de­ci­sion years down the road.