A year af­ter stun­ning Chi­na OK, Shang­hai Alzheimer's drug­mak­er set to en­roll first US pa­tient — and the stakes are huge

Just as ex­perts are set to de­bate whether Bio­gen’s ad­u­canum­ab should be­come the first Alzheimer’s drug to be ap­proved in the US in al­most two decades, a ther­a­py that seized a con­di­tion­al OK in Chi­na late last year — shock­ing sci­en­tists around the world — is fi­nal­ly mak­ing head­way in the clin­ic.

The US arm of Shang­hai Green Val­ley’s glob­al Phase III tri­al has iden­ti­fied its first pa­tient, Bloomberg re­port­ed, and dos­ing will be­gin in four weeks.

Even the ear­li­est da­ta like­ly won’t be­come avail­able un­til 2026, as Green Val­ley es­ti­mates pri­ma­ry com­ple­tion to be De­cem­ber 2025 on its clin­i­cal­tri­als.gov post­ing. But the re­sults will be high-stakes as an in­di­ca­tion of not just Chi­na’s drug R&D prowess but its reg­u­la­to­ry stan­dards. Did an ob­scure Chi­nese biotech tru­ly de­liv­er an ef­fec­tive treat­ment for a dis­ease that’s de­fied all West­ern so­lu­tions? Or did reg­u­la­tors, in­ten­tion­al­ly or un­in­ten­tion­al­ly, clear a use­less place­bo in ser­vice of boast­ing rights?

Clar­i­ty Clin­i­cal Re­search, an Alzheimer’s fo­cused group based out of New York state, is help­ing screen pa­tients for the study — which is de­signed to re­cruit 2046 par­tic­i­pants across the US, Chi­na and Eu­rope.

The ini­ti­a­tion has been a long way com­ing. As soon as it scored con­di­tion­al ap­proval in Chi­na last year, the biotech had said it would launch a glob­al pro­gram in ear­ly 2020. But while the FDA green­light­ed the tri­al in April, amid the Covid-19 pan­dem­ic Green Val­ley was ap­par­ent­ly un­able to meet its stat­ed start date in Oc­to­ber.

Based on its first Phase III, which re­cruit­ed pa­tients in Chi­na on­ly, Green Val­ley claimed that it im­proved cog­ni­tive func­tions in pa­tients with mild-to-mod­er­ate Alzheimer’s.

None of the sec­ondary end­points were hit — echo­ing a failed Phase II pre­sent­ed in 2014. Some called the re­sults mod­est at best and mean­ing­less at worst. 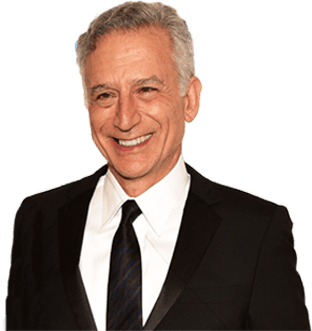 “We have sort of in­con­sis­tent re­sults, they’re not the kind of ro­bust re­sults that I think we would want to see here in the Unit­ed States to demon­strate ef­fi­ca­cy,” Howard Fil­lit, the found­ing ex­ec­u­tive di­rec­tor and CSO of the Alzheimer’s Drug Dis­cov­ery Foun­da­tion, said in an in­ter­view with End­points News fol­low­ing the Chi­nese OK. He added: “Maybe the Chi­nese reg­u­la­to­ry agency has a dif­fer­ent kind of risk tol­er­ance and since this is a safe drug, they’re al­low­ing pa­tient ac­cess while more re­search is be­ing done.”

Dubbed GREEN MEM­O­RY, the study will eval­u­ate a slew of oth­er end­points as well as lev­els of GV-971 in the body, and whether it af­fects brain struc­ture neu­rode­gen­er­a­tion.

A year af­ter stun­ning Chi­na OK, Shang­hai Alzheimer's drug­mak­er set to en­roll first US pa­tient — and the stakes are huge