Aca­dia Phar­ma­ceu­ti­cals has bro­ken out the num­bers prop­ping up Nu­plazid’s sur­prise ear­ly win in a Phase III de­men­tia study and, ac­cord­ing to one an­a­lyst, it’s “as good as we could have hoped for.”

The biotech stunned in­vestors three months ago when they an­nounced they’re halt­ing the HAR­MO­NY tri­al, hav­ing ob­tained enough pos­i­tive da­ta at an in­ter­im read­out to make a pitch to the FDA. It came as a sur­prise and stirred up a ral­ly around Aca­dia’s stock $ACAD, which has suf­fered from pre­vi­ous failed at­tempts at ex­pand­ing the con­tro­ver­sial Parkin­son’s dis­ease psy­chosis drug be­yond the ap­proved pa­tient pop­u­la­tion. 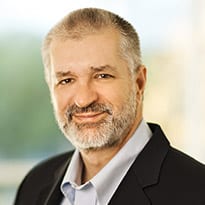 Ob­ser­va­tions through­out nine months of treat­ment — for pa­tients who were on the drug both dur­ing the ini­tial three-month open-la­bel por­tion and the sub­se­quent dou­ble-blind, place­bo-con­trolled seg­ment — sug­gest­ed that Nu­plazid didn’t have those com­mon side ef­fects.