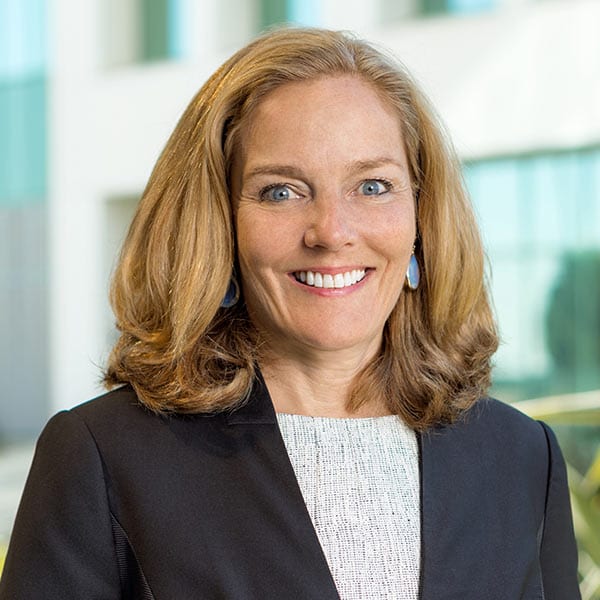 While the small Swiss biotech has jock­eyed with the Illi­nois-based gi­ant for a foothold in the en­dometrio­sis and uter­ine fi­broid ther­a­py mar­ket, the com­pa­ny has been de­vel­op­ing the same lead com­pound, re­l­u­golix, for use in one of the most com­mon can­cers for the uterus-less: prostate can­cer. To­day, My­ovant is out with pos­i­tive topline re­sults from its big Phase III tri­al on the go­nadotropin-re­leas­ing hor­mone (GnRH) an­tag­o­nist. They say they’ve reached every pri­ma­ry and sec­ondary end­point with p val­ues less than .0001.

“It works quick­ly,” CEO Lynn Seely told End­points News. “It’s an oral pill and it sup­press­es hor­mone pro­duc­tion and when you stop it, your hor­mones come back and you have the po­ten­tial for im­proved qual­i­ty of life.”

Re­l­u­golix achieved that in 96.7% of pa­tients — safe­ly clear­ing the FDA’s stat­ed bench­mark for ap­proval of 90%, Seely said. For Japan­ese and Eu­ro­pean ap­proval, they need­ed to show non-in­fe­ri­or­i­ty and did so, with their le­upro­lide arm show­ing on­ly an 88% re­sponse rate.

My­ovant’s pitch cen­ters around the speed at which the drug worked, its pill form — rather than le­upro­lide, which is in­ject­ed every three months — and the ta­per­ing of some side ef­fects, which can be lengthy when it comes to testos­terone sup­pres­sion, in­clud­ing hot flash­es, fa­tigue, loss of mus­cle mass, sex­u­al dys­func­tion and de­pres­sion. Doc­tors have some­times giv­en “drug hol­i­days” to man­age the clin­i­cal ben­e­fit against the costs.

“Low­er­ing the testos­terone is bet­ter for treat­ing prostate can­cer,” Seely said. “But it’s not great for the man.”

The ad­verse event ra­tio for both drugs was around 93%, but Seely not­ed a low­ered rate of ma­jor car­dio­vas­cu­lar events in the re­l­u­golix group, 2.9% com­pared to 6.2%. The biotech al­so said hor­mone lev­els re­turned to nor­mal 90 days af­ter treat­ment in the re­l­u­golix group while some­times re­main­ing re­duced at that point or longer for le­upro­lide pa­tients — al­though they did not an­nounce spe­cif­ic num­bers.

The ques­tion, though, is if le­upro­lide is still large­ly ef­fec­tive and the side ef­fects most­ly the same, will doc­tors pre­scribe a new pill in­stead?

“I think the biggest con­cern is that le­upro­lide … has been in the field for decades,” she said. “Some peo­ple ques­tion if on­col­o­gists and urol­o­gists will change their prac­tice.”