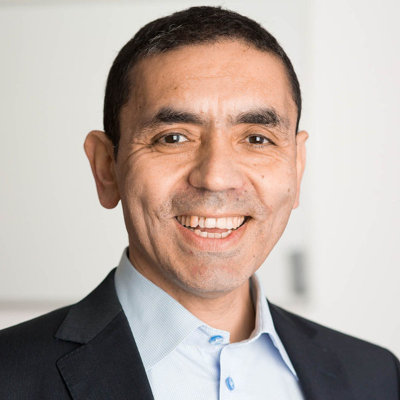 In a sep­a­rate state­ment, BioN­Tech said it plans to ini­ti­ate clin­i­cal test­ing in late April, rolling out a glob­al de­vel­op­ment pro­gram in Eu­rope (start­ing in Ger­many), the US and Chi­na.

While Fo­s­un has rights to com­mer­cial­ize the re­sult­ing vac­cine in Chi­na, BioN­Tech is still ex­plor­ing what to do in the rest of the world. It’s in “ad­vanced dis­cus­sions” with Pfiz­er around that — echo­ing com­ments made by its phar­ma part­ner ear­li­er this month.

Like fel­low Ger­man biotech Cure­Vac — whom the US gov­ern­ment has re­port­ed­ly tried to lure in­to mov­ing state­side — BioN­Tech’s vac­cine ap­proach in­volves us­ing mR­NA to trick the body in­to pro­duc­ing a ver­sion of the SARS-CoV-2, which would then in­cite an im­mune re­sponse. Its man­u­fac­tur­ing part­ner Poly­mun will be in charge of pro­duc­ing a glob­al sup­ply out of fa­cil­i­ties in Eu­rope.

“In ad­di­tion, we are work­ing on a nov­el ther­a­peu­tics ap­proach for those pa­tients who have al­ready been in­fect­ed – we plan to dis­close more on that ef­fort in the com­ing weeks,” Ugur Sahin, founder and CEO, said in a state­ment.