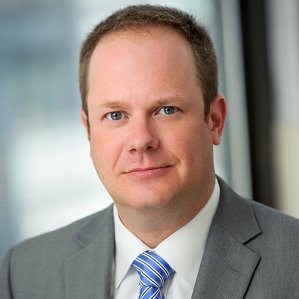 Cor­bus Phar­ma­ceu­ti­cals has plucked out some pos­i­tive da­ta from its mid-stage cys­tic fi­bro­sis study. But it didn’t help its stock price this morn­ing.

While the Phase II goal for its add-on drug an­aba­sum (JBT-101 or Re­sunab) was safe­ty and tol­er­a­bil­i­ty — which the biotech says they hit — it was an ef­fi­ca­cy sig­nal they picked up in a high-dose group that drew most of the at­ten­tion. There, the com­pa­ny says, a twice dai­ly 20 mg dose of the drug trig­gered a 75% re­duc­tion in the an­nu­al­ized rate of pul­monary ex­ac­er­ba­tions re­quir­ing IV an­tibi­otics com­pared to place­bo co­hort.

TheStreet’s Adam Feuer­stein, a fre­quent crit­ic of Cor­bus, launched a full scale as­sault on the com­pa­ny, say­ing the da­ta shows no signs of a clin­i­cal ben­e­fit and that re­searchers just got lucky on pul­monary ex­ac­er­ba­tions with a hand­ful of cas­es to com­pare.

There were a to­tal of 85 pa­tients re­cruit­ed for this study, and the high dose was test­ed in the sec­ond part of the Phase II, weeks 5 through 12, with 30 pa­tients get­ting a 20 mg sin­gle dose per day and 31 get­ting the twice dai­ly dose. Eleven pa­tients in the place­bo arm were as­signed to the drug groups and 24 pa­tients con­tin­ued on place­bo.

The lat­est batch of mid-stage da­ta fol­lows an­oth­er small Phase II for sys­temic scle­ro­sis, an au­toim­mune dis­ease of con­nec­tive tis­sue, that helped add some pos­i­tive at­ten­tion for the com­pa­ny, which has been un­der an in­tense short at­tack. Us­ing a com­pos­ite score to gauge a re­sponse on a slate of key mea­sures like lung func­tion, the com­bined drug arm in­clud­ing pa­tients on a range of dos­es of re­sunab (JBT-101) post­ed a me­di­an 33% CRISS score af­ter 16 weeks of ther­a­py, com­pared to 0% in the place­bo group. And that marks a sig­nif­i­cant ben­e­fit for pa­tients, says the biotech, with a p-val­ue of 0.044 — not a great num­ber, but with­in the mar­gin need­ed to de­clare a win.

Most of these pa­tients were al­ready tak­ing Orkam­bi, a com­bo drug from Ver­tex which has proved to have a mod­est but ef­fec­tive im­pact on CF.