When the FDA spurned Astel­las’ pitch for atri­al fib­ril­la­tion drug ver­nakalant in 2008, reg­u­la­tors made it abun­dant­ly clear that it wasn’t the ef­fi­ca­cy they had a prob­lem with — two Phase III tri­als had shown the drug suc­cess­ful­ly re­stored 52% of pa­tients’ heart­beat from ir­reg­u­lar to nor­mal — but the car­dio safe­ty is­sues for a drug that was to com­pete with well es­tab­lished, low-risk op­tions. One li­cens­ing deal, one clin­i­cal hold and sev­er­al stud­ies lat­er, the chances of ap­proval aren’t look­ing any bet­ter. 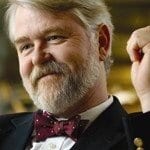 It had tak­en Cor­re­vio a decade to get here. In re­sponse to the FDA’s re­jec­tion in 2008 — which ac­tu­al­ly fol­lowed a refuse-to-file let­ter two years pri­or — the biotech, then known as Car­diome, planned and start­ed a new Phase III tri­al, ACT V. But in 2010, a case of car­dio­vas­cu­lar col­lapse with pulse­less elec­tri­cal ac­tiv­i­ty even­tu­al­ly lead­ing to death trig­gered a full clin­i­cal hold on that study.

Mer­ck, which had li­censed rights to the oral ver­sion of ver­nakalant ear­li­er, took over the IV side too for a short while, on­ly to have its ap­pli­ca­tion to re­move the hold and pro­posed mod­i­fi­ca­tions slammed by reg­u­la­tors. The FDA’s con­clu­sion:

“(T)he hold re­mains in place at this time,” the FDA re­view­ers not­ed in their dossier ahead of the ad­comm.

Al­so pack­aged in the NDA were da­ta from post­mar­ket­ing stud­ies done out­side the US, par­tic­u­lar­ly an EU tri­al dubbed SPEC­TRUM, in which the treat­ment con­vert­ed 70.2% of AFib pa­tients in­to nor­mal si­nus rhythm, with a me­di­an to con­ver­sion time of 12 min­utes.

But the FDA still not­ed a to­tal of 174 se­ri­ous ad­verse drug re­ac­tions and five deaths. And some mem­bers of the pan­el point­ed out that giv­en the pa­tients in the tri­als were at low risk of de­vel­op­ing com­pli­ca­tions, there didn’t seem to be a con­vinc­ing way to pre­dict who needs spe­cial mon­i­tor­ing for safe­ty is­sues.

“It clear­ly has ben­e­fit but it does have risk,” said Bar­ry Davis of the Uni­ver­si­ty of Texas School of Pub­lic Health, who vot­ed against the drug, per Reuters. “If this were the on­ly drug or treat­ment around, yes, but there are oth­er op­tions.”

There is still a pos­si­bil­i­ty — no mat­ter how slim — that the FDA will over­ride the ad­comm’s rec­om­men­da­tion and OK the drug. The fi­nal de­ci­sion will be hand­ed down by De­cem­ber 24.