Pres­i­dent Don­ald Trump may oc­ca­sion­al­ly erupt with pas­sion­ate crit­i­cism for bio­phar­ma com­pa­nies and the ex­ecs who run them, but once again he’s go­ing with an in­dus­try in­sid­er for a top gov­ern­ment post. The na­tion’s 45th pres­i­dent just tweet­ed that he has nom­i­nat­ed Alex Azar as the next sec­re­tary of Health and Hu­man Ser­vices.

Hap­py to an­nounce, I am nom­i­nat­ing Alex Azar to be the next HHS Sec­re­tary. He will be a star for bet­ter health­care and low­er drug prices!

“He will be a star for bet­ter health­care and low­er drug prices!,” Trump ex­claimed. Azar’s last job was as Eli Lil­ly’s US chief. The sharp, Yale ed­u­cat­ed at­tor­ney did not have a rep for slash­ing drug prices at Lil­ly, which he left dur­ing a big ex­ec­u­tive reshuf­fle af­ter Dave Ricks grabbed the CEO’s job. 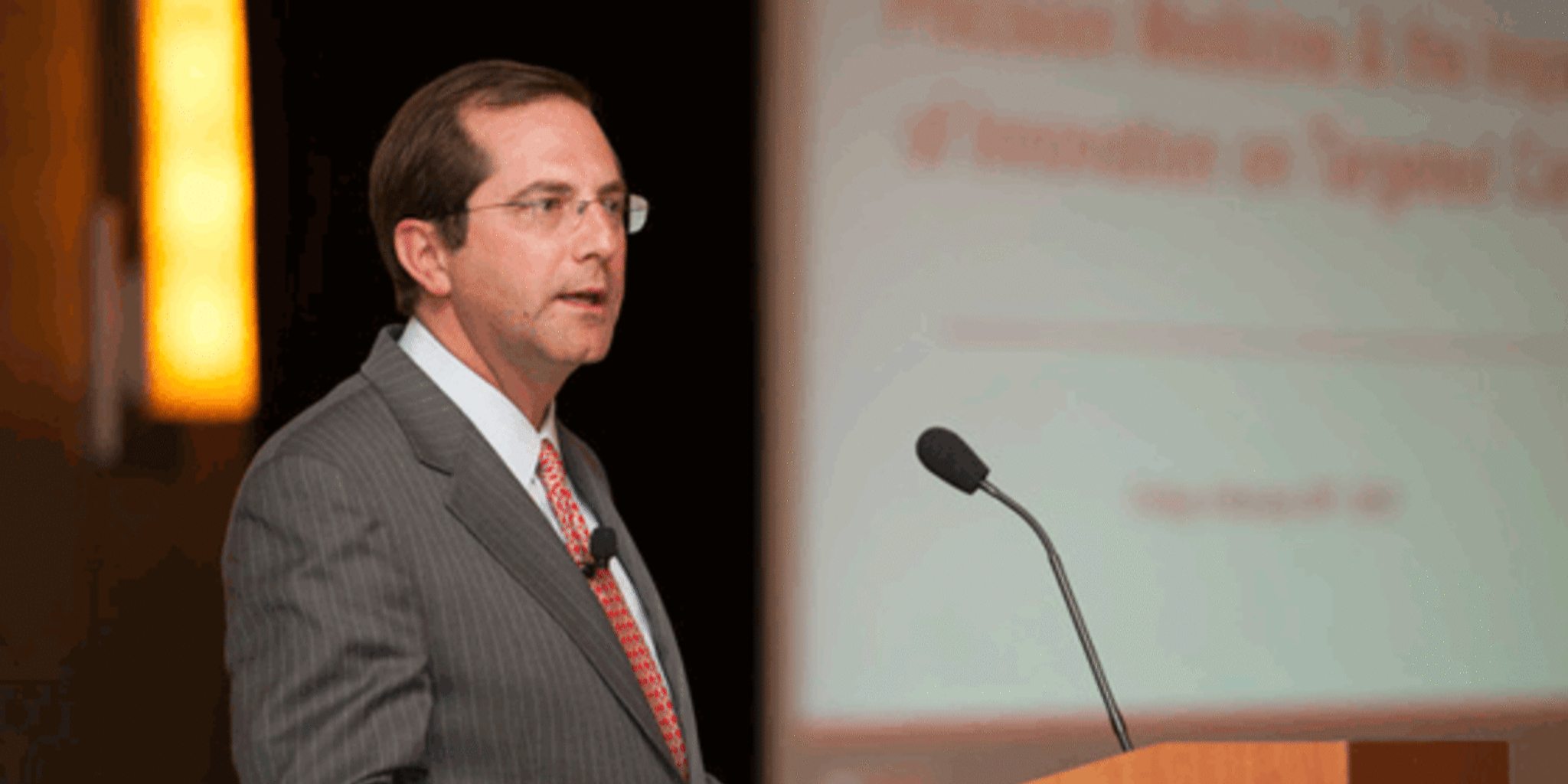 And he’ll be re­turn­ing to HHS a sec­ond time. His ear­li­er stint was gen­er­al coun­sel and deputy sec­re­tary at the de­part­ment in the George W Bush ad­min­is­tra­tion. Azar was on one of my pan­els about 16 months ago and ably pro­vid­ed the au­di­ence a sharp and con­cise rep­re­sen­ta­tion of the kind of op­por­tu­ni­ties and pit­falls a Big Phar­ma like Lil­ly has to nav­i­gate every day.

President Trump will sign a long-rumored executive order later today that is designed to spur more made-in-the-USA therapies, according to a slate of new reports out Thursday morning.

Drug manufacturing circles have been buzzing about this EO for months now, wondering how Trump plans to require the on-shoring of certain therapies.

According to the Bloomberg report, White House trade adviser Peter Navarro told reporters that the administration will come up with a list of essential medicines Trump wants to have made inside the US. The order will direct government purchasers to buy these essential meds from US suppliers. The reports add that the order relaxes drug safety and environmental regulations to make it happen.