If DNA is the hard­ware, epi­ge­net­ics is the soft­ware. DNA con­tains the code that dic­tates what cells do — while epi­ge­net­ic changes mod­u­late the ef­fect of those mes­sages, like a dim­mer switch telling cells which pro­teins to make more of and where to lim­it pro­tein pro­duc­tion. 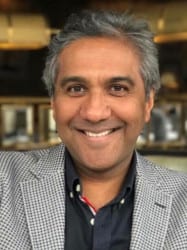 Kausik Ray, the BE­Ton­MACE study chair and pro­fes­sor of pub­lic health and con­sul­tant car­di­ol­o­gist at Im­pe­r­i­al Col­lege Lon­don, sug­gest­ed that while apa­betalone was not found su­pe­ri­or to place­bo — the drug “on­ly just missed sta­tis­ti­cal sig­nif­i­cance” and it ap­peared that the tri­al was “a bit un­der­pow­ered to show a ben­e­fit due to low­er than ex­pect­ed event rates.”

“Giv­en the promis­ing signs…we think this (drug) holds con­sid­er­able promise, and per­haps a slight­ly larg­er study with a few more events would al­low us to as­sess more ro­bust­ly whether this drug will pro­vide a 20% treat­ment ef­fect in this pa­tient pop­u­la­tion,” he said in an in­ter­view with the Amer­i­can Heart As­so­ci­a­tion.

As for Resver­logix, it is con­vinced the ex­per­i­men­tal ther­a­py works. On its web­site the com­pa­ny says: