The drug, Ace­lar­in, is be­ing eval­u­at­ed for use in metasta­t­ic pan­cre­at­ic can­cer pa­tients who were not con­sid­ered suit­able for com­bi­na­tion chemother­a­py. In the late-stage ACE­LARATE study — which com­pared the ex­per­i­men­tal drug against the chemother­a­py gem­c­itabine — 200 pa­tients had been en­rolled by the spon­sor, Clat­ter­bridge Can­cer Cen­tre, be­fore an analy­sis from an in­de­pen­dent safe­ty and da­ta mon­i­tor­ing pan­el sug­gest­ed the study’s main goal would not be met.

The pri­ma­ry end­point of the tri­al was to achieve at least a 42% re­duc­tion in risk of death com­pared to gem­c­itabine. Af­ter re­view­ing the analy­sis, the spon­sor de­cid­ed to sus­pend study re­cruit­ment — but al­low the 25 pa­tients who are see­ing some ben­e­fit to con­tin­ue with the drug. 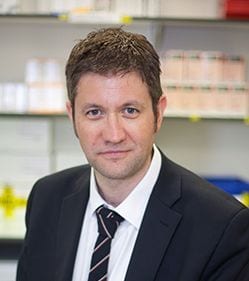 The drug is al­so be­ing test­ed in both plat­inum-re­sis­tant and plat­inum-sen­si­tive ovar­i­an can­cer as well as a first-line treat­ment in bil­iary can­cer, for which there are no ap­proved treat­ments.

After months of questions and speculation about when and if Gilead will make a major acquisitions, a name has emerged.

Seven years after spinning out of Yale, Biohaven has entered the ranks of commercial-stage biotechs.

The FDA handed down an OK for its CGRP drug, rimegepant, as an acute treatment. Dubbed Nurtec, the orally dissolving pill will join Allergan’s (soon to be AbbVie’s) Ubrelvy and Lilly’s Reyvow on the market amid a new wave of migraine therapies reshaping the disease space.

In a pivotal Phase III trial, Nurtec hit the co-primary endpoints on pain freedom and freedom from most bothersome symptoms at two hours post dose, proving superior to placebo.