Gene ther­a­pies for blind­ness are noth­ing new af­ter Roche’s Spark unit hooked an FDA ap­proval for Lux­tur­na back in 2017. But a UK biotech hop­ing to turn its gene ther­a­py against an over­ac­tive im­mune com­ple­ment sys­tem tied to vi­sion loss is now sport­ing da­ta that could help change the game in AMD.

At an in­ter­im check-in, nine out of 10 pa­tients across four co­hort groups saw in­creased CFI lev­els af­ter re­ceiv­ing the ther­a­py, and eight of those nine main­tained el­e­vat­ed lev­els of CFI af­ter six months. The ear­li­est pa­tient dosed in the open-la­bel study was still show­ing el­e­vat­ed lev­els at 84 weeks, Gy­ro­scope said. 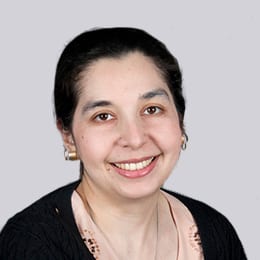 Ac­cord­ing to Na­dia Wa­heed, Gy­ro­scope’s CMO, see­ing big cuts in bio­mark­ers tied to the com­ple­ment sys­tem could help sup­port the mech­a­nism of ac­tion be­hind GT005 and add weight to a piv­otal tri­al down the road.

“Con­sis­tent­ly we’re hit­ting the tar­gets we want to hit in the down­stream am­pli­fi­ca­tion loop,” she said. “Every­thing so far looks like it’s point­ing in the right di­rec­tion.”

“We don’t think we should see an in­crease (in those events over time), but of course we fol­low it very close­ly,” she said.

In terms of next steps, Wa­heed said the Phase I/II FO­CUS tri­al would fin­ish en­roll­ment by the end of 2021. Mean­while, the com­pa­ny is al­so en­rolling two Phase II ef­fi­ca­cy tri­als for GT005 and Wa­heed said her team is “on track” to get those filled out.