Now the phar­ma go­liath — which is head­ed down the PC­SK9 road with a drug it be­lieves can be used in a mass pop­u­la­tion — can get a clear­er pic­ture of just what they gave up. 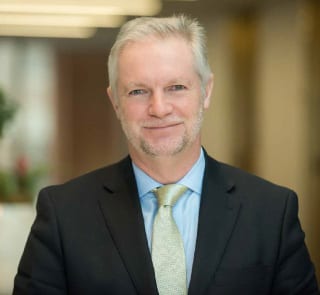 Louis O’Dea, the chief med­ical of­fi­cer at Akcea, says the da­ta con­firmed the po­ten­tial for this drug, leav­ing them on course to pur­sue de­vel­op­ment for fa­mil­ial chy­lomi­crone­mia syn­drome, or FCS, as well as oth­er rare and com­mon car­dio ail­ments.

Akcea shares surged 17% ahead of the bell on Wednes­day.

Stifel’s Paul Mat­teis sees some up­side here, but not in FCS.

Akcea plans to rapid­ly pur­sue FCS, a dis­ease where we see a high prob­a­bil­i­ty-of-suc­cess (at least on a sur­ro­gate), though we are skep­ti­cal sur­round­ing the size of the mar­ket op­por­tu­ni­ty. Thus, for the stock, we think this pro­gram be­comes more/most im­pact­ful if/when Akcea/Io­n­is for­mu­late plans to go in­to broad­er pop­u­la­tions (ie. maybe TG of >500mg/dl?); this was men­tioned as un­der con­sid­er­a­tion in the PR.

This drug was orig­i­nal­ly part of a $1.65 bil­lion deal that No­var­tis signed off on 3 years ago. And over the last year, its ex­it on this drug was just one of a num­ber of dis­rup­tions that hit Akcea. With its stock suf­fer­ing on poor mar­ket­ing per­for­mance, the top 3 ex­ecs hit the ex­it at Akcea in Sep­tem­ber.