Back in May, HHS looked like it was tak­ing con­trol of its 340B drug dis­count pro­gram, which re­quires drug­mak­ers to pro­vide mas­sive price dis­counts to hos­pi­tals that treat low-in­come pa­tients.

HHS at the time sent stern let­ters to As­traZeneca, Eli Lil­ly, No­var­tis, No­vo Nordisk and Sanofi for ac­tions they took to lim­it ac­cess to these dis­count­ed drugs, with HHS threat­en­ing steep fines and mak­ing clear that the 340B statute “does not per­mit man­u­fac­tur­ers to im­pose con­di­tions on cov­ered en­ti­ties’ ac­cess to 340B pric­ing, in­clud­ing the pro­duc­tion of claims da­ta.”

Ef­fec­tive Sept. 1, Mer­ck said it will no longer vol­un­tar­i­ly hon­or 340B dis­counts or charge­backs for con­tract phar­ma­cies that have not be­gun to pro­vide 340B claims da­ta, un­less the hos­pi­tal-cov­ered en­ti­ty lacks its own in-house phar­ma­cy and des­ig­nates a con­tract phar­ma­cy of its choice. The move di­rect­ly coun­ters what HHS stip­u­lat­ed in its let­ter from May with re­gard to im­pos­ing con­di­tions and re­quir­ing claims da­ta.

Mer­ck said it set up a vol­un­tary pro­gram last year to try to pre­vent waste, but it did not see a lot of par­tic­i­pants, adding:

We had hoped that 340B cov­ered en­ti­ties would broad­ly em­brace the col­lab­o­ra­tive Mer­ck Pro­gram and the op­por­tu­ni­ty to take mean­ing­ful but time-ef­fi­cient steps to help en­sure pro­gram in­tegri­ty, in­clud­ing steps to pre­vent Med­ic­aid-340B du­pli­cate dis­counts, which are pro­hib­it­ed by the 340B statute. We are par­tic­u­lar­ly con­cerned about these and oth­er statu­to­ry vi­o­la­tions in the con­text of con­tract phar­ma­cy trans­ac­tions. 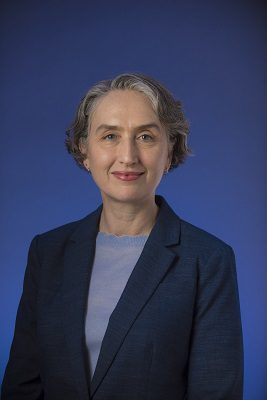 Mau­reen Testoni, pres­i­dent and CEO of an as­so­ci­a­tion of hos­pi­tals known as 340B Health, said in a state­ment, “Mer­ck’s threat to with­hold 340B drug dis­counts from hos­pi­tals part­ner­ing with com­mu­ni­ty phar­ma­cies will cause ir­repara­ble harm to safe­ty-net providers and the pa­tients liv­ing with low in­comes they serve. Drug com­pa­nies should not im­pose con­di­tions on hos­pi­tals el­i­gi­ble for 340B dis­counts, in­clud­ing de­mand­ing ac­cess to pa­tients’ drug claims. Mer­ck’s lead­ers should with­draw their threat and con­tin­ue to abide by the law.”

With Mer­ck join­ing the mix of com­pa­nies re­strict­ing their dis­count prices for con­tract phar­ma­cies, sev­er­al up­com­ing court rul­ings will clar­i­fy whether those shifts are le­gal. Oral ar­gu­ments in the As­traZeneca case are set for Sept. 18.