By the time Mer­ck KGaA pub­lished promis­ing Phase II da­ta for sprifer­min — once tapped as a big prospect for the ail­ing R&D group — late last year, the Ger­man drug­mak­er made clear it was look­ing for a part­ner to take over its whole os­teoarthri­tis pipeline. While sprifer­min is still sit­ting in the port­fo­lio, it’s man­aged to find a buy­er for an­oth­er drug. 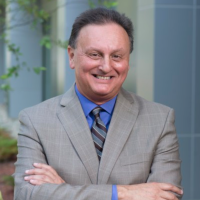 The deal comes more than three years af­ter Mer­ck KGaA grabbed the Nanobody from Abl­ynx — since ac­quired by Sanofi — with a €15 mil­lion pay­ment to re­ward the pre­clin­i­cal proof-of-con­cept pack­age. Then known as ALX-1141, the can­di­date was one of two to emerge from a col­lab­o­ra­tion dat­ing back to 2011 to tack­le os­teoarthri­tis.

Since then Lu­ciano Ros­set­ti’s team has com­plet­ed two Phase I stud­ies for M6495, one in healthy vol­un­teers and an­oth­er in OA pa­tients. With signs that the drug could cut down ARGS (a neoepi­tope from cleaved ag­gre­can, found in the syn­ovial flu­id and serum of OA pa­tients) lev­els, the drug had po­ten­tial in many dif­fer­ent types of OA, he said.

The ul­ti­mate goal, of course, is to show it can pro­tect against car­ti­lage dam­age and re­duce joint pain. But it’s now No­var­tis’ job to de­vise the tri­als need­ed to prove it.

For No­var­tis, OA falls un­der its fo­cus on im­munol­o­gy, he­pa­tol­ogy and der­ma­tol­ogy. Its web­site lists two ear­ly-stage pro­grams ded­i­cat­ed to the dis­ease, one be­ing an ANGPTL3 ag­o­nist de­signed to help re­gen­er­ate car­ti­lage. The Phase I study was com­plet­ed in 2018 and a sec­ond tri­al is slate to wrap in 2022.