Io­n­is $IONS and its part­ners at Roche have un­veiled the bio­mark­er da­ta from a Phase I/II study that re­cent­ly drove the phar­ma gi­ant to fol­low through with a $45 mil­lion pay­ment to op­tion rights to IO­N­IS-HTT Rx (RG6042).

If they’re right, the de­vel­op­ers are on track to the first po­ten­tial drug that could change the course of the dis­ease, though some steep hur­dles on safe­ty and ef­fi­ca­cy re­main to be cleared. 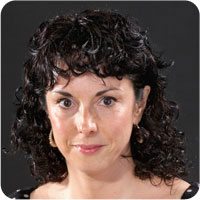 Roche first signed on to work with Io­n­is on this drug back in 2013.

“For near­ly twen­ty years, I have seen many fam­i­lies dev­as­tat­ed from loss­es to this pro­gres­sive neu­rode­gen­er­a­tive dis­ease.  With IO­N­IS-HT­TRx (RG6042), the HD com­mu­ni­ty has new hope for a ther­a­py that can re­duce the cause of HD, and there­fore, may slow the pro­gres­sion and po­ten­tial­ly pre­vent the dis­ease in fu­ture gen­er­a­tions, which is tru­ly ground­break­ing,” said Dr Sarah Tabrizi, pro­fes­sor of clin­i­cal neu­rol­o­gy, di­rec­tor of the Uni­ver­si­ty Col­lege Lon­don’s Hunt­ing­ton’s Dis­ease Cen­tre and the glob­al lead in­ves­ti­ga­tor on the study. “I look for­ward to a longer-term, larg­er study that can es­tab­lish the ben­e­fit of re­duc­ing the tox­ic mu­tant hunt­ingtin pro­tein in peo­ple with HD.”

Two weeks after the FDA lifted its clinical hold on their lead drug, CymaBay said it showed positive results in an aborted Phase III trial.

The drug, a small molecule known as seladelpar, had been in development for three different liver conditions before an independent review of a NASH study last year showed that it might actually be damaging patient’s liver cells. The FDA slapped a clinical hold across all three trials, only lifting it last month when an FDA review determined that the drug hadn’t caused liver damage.

Sanofi is facing a formal investigation on manslaughter charges, due to accusations that its epilepsy drug Depakine caused birth malfunctions and slow neurological development when taken during pregnancy.

The French pharma was formally charged in February, years after evidence surfaced that the drug, sodium valproate, posed neurodevelopmental risks. Sodium valproate first hit the market in 1967 for the treatment of epilepsy and bipolar disorder, and is currently prescribed in more than 100 countries.

Less than a year after pulling in an impressive $62 million Series C round, PMV Pharma is back at it again.

“This financing provides PMV Pharma with the resources to expand our pipeline and to potentially advance multiple p53 therapies into the clinic,” said PMV president and CEO David Mack in a statement.

Back in March, when Kymera Therapeutics closed $102 million in Series C funding led by Biotechnology Value Fund and Redmile Group, CEO Nello Mainolfi noted the protein degradation player was “at the cusp of transitioning” into a fully integrated R&D company. Five months and a major Sanofi pact later, he’s back asking for another little push to get there.

Kymera has penciled in $100 million in its first IPO pitch — although given the public market’s seemingly insatiable appetite for biotechs these days the final figure is anyone’s guess.

Just a week after its lead program began enrolling patients in a study to treat Covid-19, Immunic Therapeutics is making more waves.

This time, the biotech is providing a glimpse at topline data from a Phase II trial studying the efficacy of vidofludimus calcium, or IMU-838, in relapsing-remitting multiple sclerosis patients. Taken orally, the candidate met its primary endpoint in reducing the cumulative number of combined unique active MRI lesions after 24 weeks for a 45 mg dose compared to a placebo, as well as a key secondary endpoint in such reductions for the 30 mg dose.

As US Covid-19 deaths creep past 150,000 and officials stress the importance of contact tracing, the NIH’s Rapid Acceleration of Diagnostics (RADx) program has inked contracts totaling $248.7 million to expand testing capabilities.

The seven contracts, which were chosen “Shark Tank”-style from a pool of 100 proposals, are part of an effort to bump daily testing capacity to 2% of the country’s population by late summer or fall. That would be about 6 million people per day, compared to the current 520,000 to 823,000 tests being administered daily.