At­tempt­ing to mend a rather tense re­la­tion­ship with reg­u­la­tors, Sarep­ta has wrapped up talks with the FDA on how it should move for­ward with its new Duchenne mus­cu­lar dy­s­tro­phy drug: golodirsen. With notes from the FDA in hand, Sarep­ta $SRPT says it plans to seek rapid ap­proval, with an NDA filed by the end of this year. 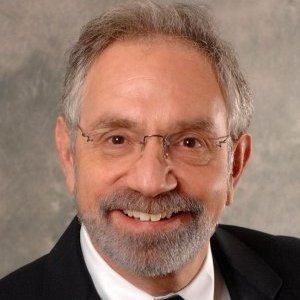 The Cam­bridge, MA-based com­pa­ny stirred some con­tro­ver­sy at the agency back in 2016, when the FDA ap­proved Sarep­ta’s first DMD drug Ex­ondys 51. Some reg­u­la­tors were skep­ti­cal of the drug’s ben­e­fit to pa­tients, in­clud­ing El­lis Unger, di­rec­tor of the Of­fice of Drug Eval­u­a­tions. At the time, Unger warned that Ex­ondys 51 was “es­sen­tial­ly a sci­en­tif­i­cal­ly el­e­gant place­bo.” He was over­ruled, how­ev­er, and the drug came to mar­ket lat­er that year. It’s now a de­cent rev­enue dri­ver for the com­pa­ny, bring­ing in $57 mil­lion in Q4 sales last year.

Now, Sarep­ta wants a new ap­proval for a sub­set of DMD pa­tients. The ex­per­i­men­tal drug golodirsen is de­signed to treat pa­tients whose con­di­tion is caused by an er­ror in the DNA se­quence called ex­on 53. Da­ta on the drug shows it in­creas­es dy­s­trophin, the pro­tein miss­ing in Duchenne, to 1.2% of what nor­mal pa­tients would pro­duce. That’s a big im­prove­ment from the ob­served ben­e­fit for pa­tients on Ex­ondys 51, which makes 0.28% of the nor­mal amount of dy­s­trophin.