On­ly topline re­sults are pro­vid­ed for to­day’s read­out of the BE SURE study, so we won’t find out just how su­pe­ri­or bimek­izum­ab proved against Hu­mi­ra on the co-pri­ma­ry end­points — stan­dard scores known as PASI90 and IGA mea­sur­ing the im­pact and sever­i­ty of the dis­ease — un­til a sci­en­tif­ic con­fer­ence in 2020. 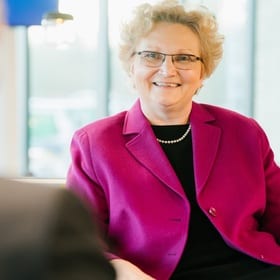 “To­day’s BE SURE find­ings are con­sis­tent with the pos­i­tive re­sults we re­cent­ly an­nounced for both BE VIVID and BE READY,” Iris Loew-Friedrich, head of drug de­vel­op­ment and chief med­ical of­fi­cer, said in a state­ment. “UCB is com­mit­ted to ad­dress­ing the crit­i­cal un­met needs of adult pa­tients with mod­er­ate-to-se­vere plaque pso­ri­a­sis, par­tic­u­lar­ly com­plete skin clear­ance.”

It’s not just them, though, as ma­jor league play­ers like No­var­tis are just as keen as on the mar­ket. UCB is con­duct­ing an­oth­er Phase III head-to-head with No­var­tis’ Cosen­tyx that will play a big role in push­ing up an­a­lysts’ pro­jec­tions on peak sales, which cur­rent­ly fall well short of block­buster sta­tus.

The Bel­gian biotech has pre­vi­ous­ly sug­gest­ed that they are on track for reg­u­la­to­ry sub­mis­sions in the mid­dle of next year.