J&J takes one of its top block­buster prospects to the FDA, in search of a big ap­proval 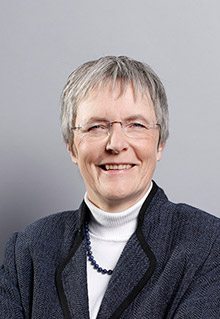 Hot on the heels of a new round of Phase III da­ta show­ing that their IL-23 drug guselkum­ab hand­i­ly beat out Hu­mi­ra in treat­ing se­vere plaque pso­ri­a­sis, J&J has sub­mit­ted the drug for ap­proval at the FDA.

This fast-mov­ing field has seen plen­ty of dra­ma over the past year. At one point As­traZeneca and Am­gen thought they were on track with bro­dalum­ab, then in­ci­dents of sui­ci­dal ideation drove Am­gen out and per­suad­ed As­traZeneca to sell rights to the drug to a trou­bled Valeant, which won a re­cent pan­el vote.

In the mean­time, Eli Lil­ly made it on­to the mar­ket with Taltz (ix­ek­izum­ab) with No­var­tis out with the first new con­tender, Cosen­tyx. Mer­ck is still in the clin­ic with MK-3222.

J&J be­lieves it can top the field, and af­ter a re­cent set­back with sirukum­ab, they’ll like­ly push it hard once it hits the mar­ket.

J&J takes one of its top block­buster prospects to the FDA, in search of a big ap­proval