As­traZeneca got a jump on the PARP mar­ket with shaky ear­ly da­ta, which reined in its rev­enue po­ten­tial. The phar­ma gi­ant earned on­ly a bit more than $200 mil­lion on Lyn­parza last year, but ex­pects to in­crease that past the $1 bil­lion block­buster mark as it looks to broad­en its use as a main­te­nance ther­a­py in the US.

Tesaro’s ni­ra­parib da­ta high­light­ed a clear im­pact for the tar­get­ed drug in a pop­u­la­tion of germline BR­CA mu­ta­tion car­ri­ers, with a me­di­an PFS of 21 months in the drug group com­pared to 5.5 months in the con­trol arm — a 15.5-month ad­van­tage that will not com­pare well with Lyn­parza’s, which beat place­bo by slight­ly more than two years. 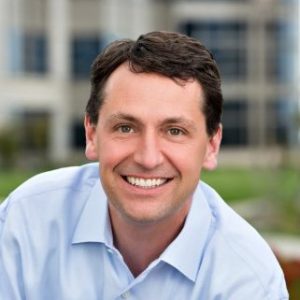 Tesaro’s shares skid­ded down 12.5% on the com­par­i­son. Clo­vis $CLVS, mean­while, which has had prob­lems of its own in de­vel­op­ing its new­ly ap­proved PARP Rubra­ca, saw its shares rise 6.9% as the horse race among all the PARPs looked tighter than ever.

Pfiz­er will look to join this group in the not too dis­tant fu­ture with its own piv­otal da­ta for a PARP — ta­la­zoparib — picked up in the $14 bil­lion Medi­va­tion ac­qui­si­tion.

We are ex­treme­ly pleased with the re­sults from SO­LO-2, which sup­port the po­ten­tial ben­e­fit of LYN­PARZA tablets as a main­te­nance ther­a­py for pa­tients with re­lapsed ovar­i­an can­cer. The tablet for­mu­la­tion may of­fer pa­tients a re­duced pill bur­den for LYN­PARZA and a safe­ty pro­file that is gen­er­al­ly con­sis­tent with pre­vi­ous tri­als. We will work with reg­u­la­to­ry au­thor­i­ties to make LYN­PARZA tablets avail­able to pa­tients as quick­ly as pos­si­ble.