Pos­i­tive late-stage da­ta are start­ing to pile up in the CGRP mi­graine drug cat­e­go­ry, like­ly sig­nal­ing a sud­den in­flux of new drugs with re­mark­ably sim­i­lar da­ta sets look­ing to carve up the mar­ket in their field. 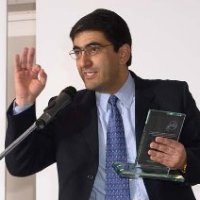 The lat­est en­try: Te­va, which bad­ly needs some good news af­ter a se­ries of cor­po­rate and R&D set­backs, says its Phase III HA­LO study came through on fre­manezum­ab, set­ting up a new FDA ap­pli­ca­tion that will fol­low short­ly as it pre­pares to pub­lish an­oth­er batch of Phase III da­ta on episod­ic mi­graine in a mat­ter of weeks.

Pa­tients in the study ex­pe­ri­enced an av­er­age 2.5-day re­duc­tion in mi­graine days per month. That’s an im­por­tant im­prove­ment, but the prob­lem is that at this stage of the game, it’s com­pa­ra­ble to the whole wave of late-stage ther­a­pies Te­va will like­ly be com­pet­ing again.

A cou­ple of weeks ago it was Eli Lil­ly’s $LLY turn to cel­e­brate its Phase III re­sults for gal­canezum­ab, with a con­sis­tent 2-day re­duc­tion in month­ly mi­graines. Lit­tle Alder $AL­DR is al­so plan­ning to wage a com­mer­cial war with their drug. And Al­ler­gan $AGN has a late-stage pro­gram un­der­way for an oral CGRP ther­a­py it in-li­censed from Mer­ck in 2015 with a $250 mil­lion up­front.

De­spite the num­ber of CGRP drugs an­gling for the lead here, Bio­haven $BHVN re­cent­ly in-li­censed a sim­i­lar drug from Bris­tol-My­ers Squibb and scored a very suc­cess­ful IPO with it just weeks ago.