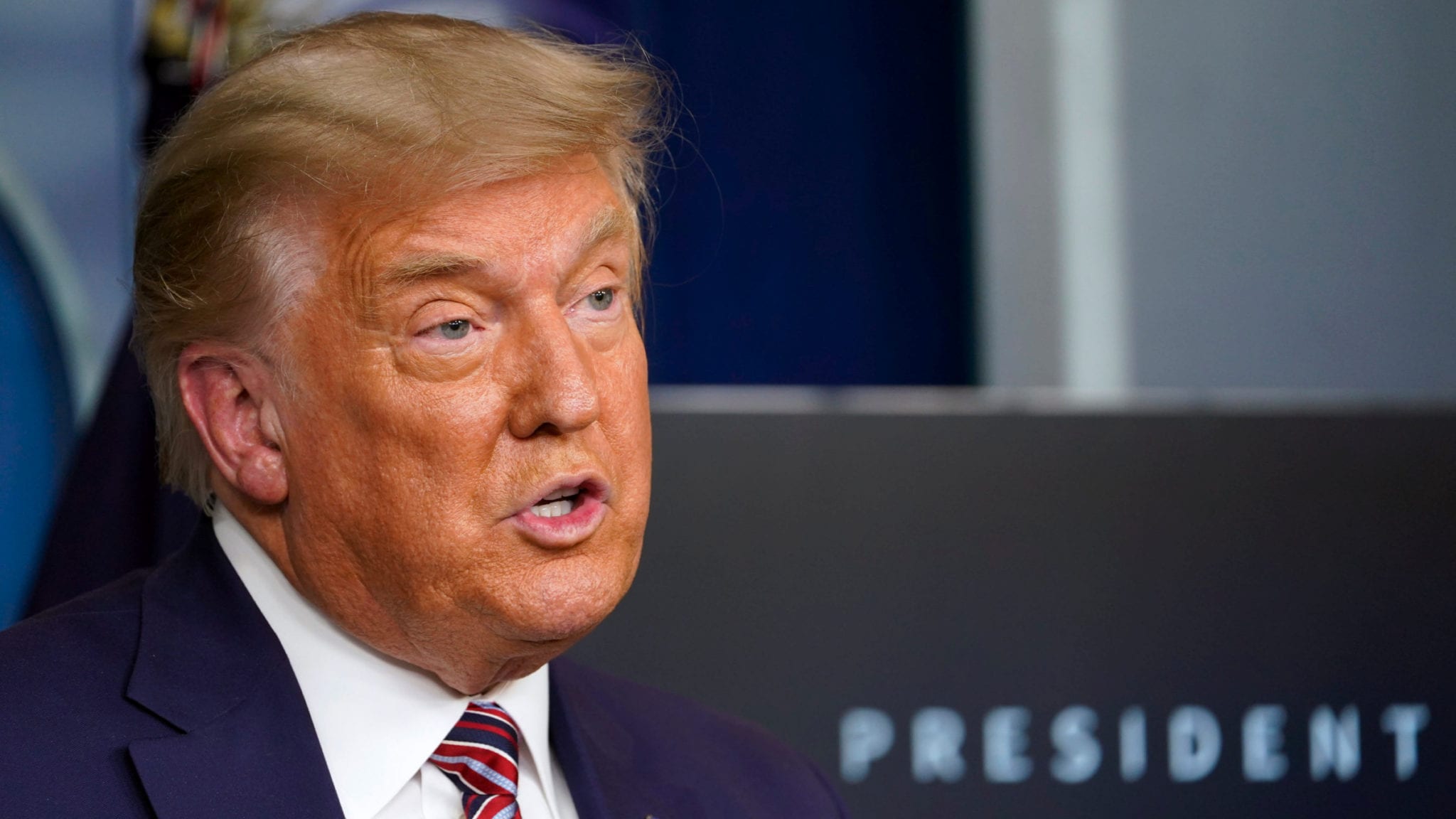 With on­ly weeks left in his pres­i­den­cy, Trump makes a fi­nal, long-shot bid to re­make US drug pric­ing

The rule will be­gin to take ef­fect on Jan. 1, Trump said, and is slat­ed to run for the next sev­en years. In the mean­time, Trump said he would al­low state gov­er­nors to pur­chase drugs from Cana­da at low­er prices, though he of­fered no de­tails about how this would take place.

PhRMA, one of the in­dus­try’s top lob­by­ist groups, ex­pressed its dis­plea­sure with the moves in a state­ment Fri­day af­ter­noon. Pres­i­dent Stephen Ubl said, in part:

Phar­ma com­pa­nies have staunch­ly op­posed en­act­ing the most fa­vored na­tions clause, and it was a source of much con­tention when Trump ini­tial­ly un­veiled the pro­pos­al four months ago. There were scant de­tails at the time and PhRMA sub­mit­ted a coun­ter­pro­pos­al in Au­gust that would have cut Part B prices by 10%, com­pared to the 30% the White House sought.

The White House re­leased the full text of the ex­ec­u­tive or­der in Sep­tem­ber, di­rect­ing HHS Sec­re­tary Alex Azar to es­tab­lish the clause for both Medicare Part B and Part D, which cov­ers pre­scrip­tion drugs. Ul­ti­mate­ly, a pric­ing deal re­port­ed­ly fell through be­tween the gov­ern­ment and the in­dus­try af­ter White House Chief of Staff Mark Mead­ows asked the com­pa­nies to send a $100 “cash card” to se­niors be­fore No­vem­ber and pin the blame for failed ne­go­ti­a­tions on phar­ma com­pa­nies.

Trump al­so an­nounced Fri­day that he would be end­ing the un­ap­proved drugs ini­tia­tive, in which the FDA re­moves un­ap­proved drugs from the mar­ket for safe­ty rea­sons, al­leg­ing they cre­at­ed sev­er­al price goug­ing op­por­tu­ni­ties for com­pa­nies look­ing to ex­tend their mar­ket ex­clu­siv­i­ty win­dows. Since 2006, the FDA has re­port­ed­ly shelved rough­ly 3,400 med­i­cines and has on­ly 11 left to re­view as part of the pro­gram, per Politi­co.

A former Mylan IT executive pleaded guilty Friday to an insider trading scheme where he bought and sold stock options on another executive’s advice.

Prosecutors secured the plea from Dayakar Mallu, Mylan’s former VP of global operations information technology, after uncovering the plan. Mallu collaborated with an unnamed “senior manager,” the SEC said, to trade options ahead of Mylan public announcements regarding FDA approvals, revenue reports and its merger with the Pfizer generics subsidiary Upjohn. The two subsequently shared profits.

With on­ly weeks left in his pres­i­den­cy, Trump makes a fi­nal, long-shot bid to re­make US drug pric­ing