When Sanofi pub­lished longterm fol­lowup re­sults from a trio of Phase III tri­als for its dengue vac­cine in 2015, in­ves­ti­ga­tors flagged a con­cern­ing ob­ser­va­tion that they weren’t able to ex­plain: In the third year post-vac­ci­na­tion, chil­dren younger than 9 who got the jabs were more like­ly to end up in the hos­pi­tal than those in the con­trol group.

Take­da, which has been push­ing its own dengue vac­cine un­der that cloud for the past eight years, now has the three-year fol­lowup da­ta to sug­gest it can steer clear of that wreck­age — al­though some gaps re­main be­fore we get a com­plete pro­file of the shot. 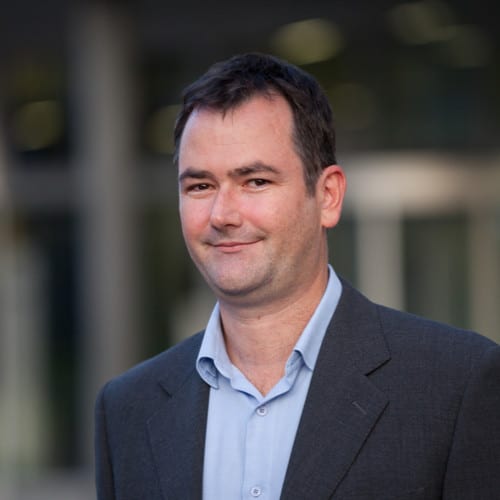 “That’s re­al­ly the com­po­nent of the ill­ness that has the most im­pact, at an in­di­vid­ual lev­el whether that’s on health or fi­nances, it’s al­so the as­pect of dengue that has the great­est im­pact on pub­lic health sys­tems and our com­mu­ni­ties,” Derek Wal­lace, the dengue pro­gram leader at Take­da, told End­points News in a pre­view.

Sanofi scored ap­proval for Deng­vax­ia with Phase III da­ta that were pre­sent­ed in a slight­ly dif­fer­ent way, sug­gest­ing pooled rates of ef­fi­ca­cy for symp­to­matic dengue dur­ing the first 25 months of 60.3% — and pooled rel­a­tive risks of hos­pi­tal­iza­tion for dengue of 0.84.

Per the pro­to­col, Take­da will mon­i­tor the par­tic­i­pants for an­oth­er year and a half. Af­ter 4.5 years, it plans to test whether a boost­er would of­fer more pro­tec­tion in the long run.

“The world we live in now with Covid-19 has re­al­ly shown the po­ten­tial­ly dev­as­tat­ing im­pact that in­fec­tious dis­eases can have, and the val­ue of care­ful vac­cine de­vel­op­ments and im­ple­men­ta­tion of vac­cine pro­grams,” Wal­lace said. “In the back­ground of all that, we have dengue. Dengue has been around for decades be­fore Covid-19 and it will be around for decades to come. It’s a dis­ease that is mas­sive in its im­pact, af­fect­ing half of the world’s pop­u­la­tion and it’s not a dis­ease that we’ve got a very good han­dle on in terms of man­age­ment or pre­ven­tion.”

They’ve come a long way to ar­rive at a stage where they are prepar­ing to talk to reg­u­la­tors. Orig­i­nal­ly de­rived in the lab­o­ra­to­ries of Su­tee Yok­san at Mahi­dol Uni­ver­si­ty in Thai­land, the live-at­ten­u­at­ed vac­cine con­struct was mus­cled up at the US CDC and went through clin­i­cal stud­ies at In­vi­ra­gen be­fore Take­da snapped the biotech up in 2013, while the dengue pro­gram was still in Phase II, ac­cord­ing to a spokesper­son.

Covid-19, of course, still fig­ures promi­nent­ly in the minds of any vac­cine de­vel­op­er. Even as Take­da ham­mers out the arrange­ment for its Ger­man con­tract man­u­fac­tur­er IDT to make the ini­tial dos­es of TAK-003 should it be ap­proved (be­fore even­tu­al­ly set­ting up its own pro­duc­tion in Ger­many), it will be pro­vid­ing some man­u­fac­tur­ing slots there to make J&J’s coro­n­avirus vac­cine while help­ing Mod­er­na dis­trib­ute its shots in Japan.